Sopori Wash is really the most important wildlife corridor across the Santa Cruz Valley because of the unbroken topography we have.

Sopori Creek and Farm, in conjunction with the 6,650 acres of Sopori Ranch that Pima County and the Trust protected in 2009 and 2018, completes a linkage to the Santa Cruz River and east to the Santa Rita Mountains.  Many wildlife species, including large mammals, use the Sopori Creek as a movement corridor between several mountain ranges including the Santa Rita, the Cerro Colorado and the Atascosa Mountains.

The loss of Sopori Creek and Farm to development would not only disrupt or perhaps destroy the current ecology of this important 1,300-acre expanse, but it would also mean the loss of potential habitat for special-status species, a rich biotic community and special habitats such as riparian areas, waterways and springs in this Semidesert Grassland biotic community. 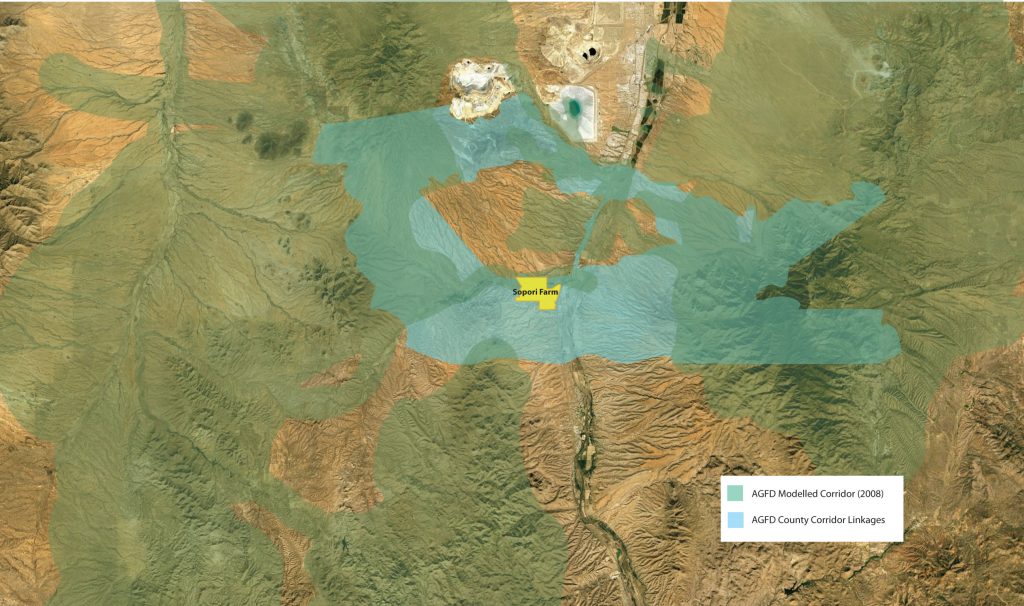